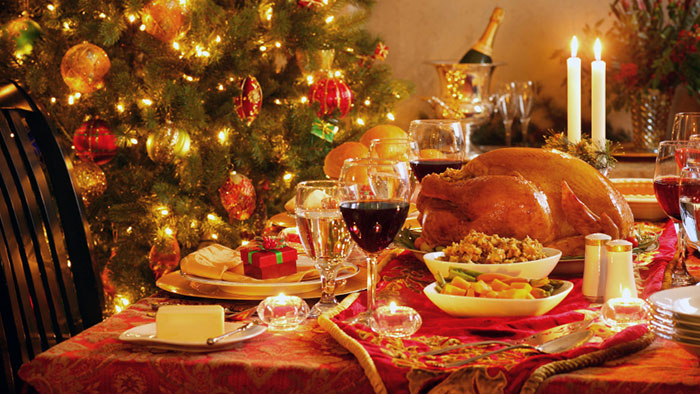 This Christmas, why not support Welsh food producers? Here are nine ways you can make your festive essentials Welsh.

The farm in Montgomeryshire has been in the same family since the 1940s. Jonathan Rees, the proprietor of Graig Farm Organics, has lived there all of his life.   His parents still play an active role, and his wife Sally and three young sons, Maldwyn, Max and Archie, are also involved.

In 1999 the family achieved their ambition to farm organically.   They take watch their lambs and cattle graze on lush pastures full of grasses, clovers and herbs, and the pigs forage in the woods.

In 2002, a purpose built cutting plant was erected on the farm and the family began supplying some of the best restaurants in the country.  The Dorchester in London was one of their first major clients.

What better than a potato called Rudolph for your Christmas dinner?

The Welsh Hills Bakery in Hirwaun makes gluten-free cakes and pies – perfect for any festive visitor.

The firm charges £2.53 for a box of four luxury mince pies.

Welsh Hills Bakery, an established bakery for nearly 60 years, started making gluten free cakes and short crust pastry pies in 2001 and was the first to supply two of the UK major supermarket chains with their own brand of gluten free products.

In 2008, they launched their own brand of gluten-free products named Lovemore Free From Foods which now includes a range of shortbreads and cookies, along with traditional apple pies and cherry Bakewells, fruit slab cakes and iced cakes along with mince pies.

All Lovemore products are approved by the Coeliac Society. 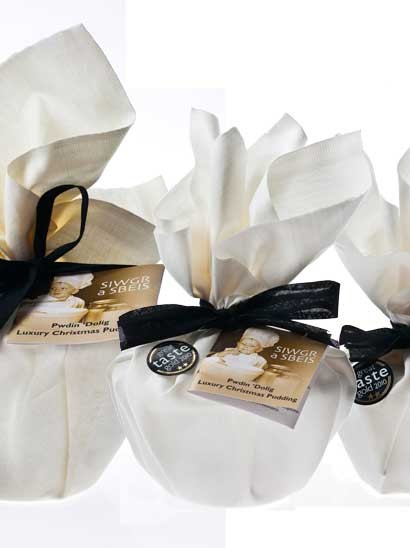 You could try a Christmas pudding from the Siwgr a Sbeis Bakery in Llanrwst, for between £4 and £12.

The bakery has been a resounding success since it was started in 1989 by two school friends, Rhian Williams and Rhian Owen. It produces an extensive range of cakes (Victoria sponge, coffee cake, carrot cake), muffins, scones, mince pies, flapjacks, fruit cake and Christmas pudding as well as savoury quiches and salads.

Not a fan of Christmas pud? The bakery also makes a speciality called Quiche Eryri, the principal ingredient of which is Snowdonia Cheese and Toffoc Crunch (vodka liqueur). The recipe uses the Welsh vodka liqueur with a crumb base to create a cheesecake-style dessert.

Try out the sprouts from Whitebrook Organic Growers, based at Llanvaches near Newport, Gwent.

They say there are no pesticides, herbicides, or insecticides used on their produce and all plant and chicken feed used is organic and GM free.

Catch them at Usk Farmers’ Market on December 5 and December 19.

Sample some of the wines from White Castle Vineyard, Abergavenny, for your table this festive season.

The vineyard’s Gwin gwyn 2014, a dry delicate white wine made from a selected blend of Phoenix and Siegerrebe grape varieties, is £15 a bottle.

Tuck into something sweet from the Wickedly Welsh Chocolate Company which produces handmade chocolates from its base on the outskirts of Haverfordwest. The company is run by couple Mark and Karen Owen.

Fill your platter with cheeses from Pant Mawr Farmhouse Cheeses. The business was established in 1983 when the Jennings family returned to Wales from the Middle East where they had been involved in setting up some of the first commercial dairy enterprises in Libya and North Yemen.

The family business is run by David, Cynthia and Jason Jennings at their small traditional hill farm in the foothills of the Preseli Mountains at Rosebush, Pembrokeshire.

All their cheese is suitable for vegetarians as they use vegetarian rennet.

Their gold Christmas hamper is £38.25 and includes 1.6kg of all seven of their cheeses, guest cheese Welsh Perl Las, a jar of chutney, mustard, Welsh cakes butter, and shortbread.

Condessa based at Holyhead, Anglesey, has been making the Welsh liqueurs for over 40 years. The firm’s range includes fruit to cream liqueurs, cocktail recipes and liqueur gift boxes.